END_OF_DOCUMENT_TOKEN_TO_BE_REPLACED

After many years of packet message forwarding via UO-22, GO-32 and AO-51 the Satgate System will close due to a lack of traffic being handled.
The total of thirty five worldwide stations in the system a few years ago has dwindled due to this lack of traffic, maintenance problems, change of QTH and Silent Keys.

It was given birth by David Medley, KI6QE who was in California at the time.  The chief Guru and driving force over the past partial decade has been Andrew Sellers, G8TZJ who gets credit for developing the software which permitted the Satgate stations to operate in fully automated mode.

Roy, W0SL wrote, "My appreciation goes to David for establishing the Satgate System and to Andrew for his effort in keeping this Network going.
Thanks also to the remaining few of the Satgates who will be shutting down." 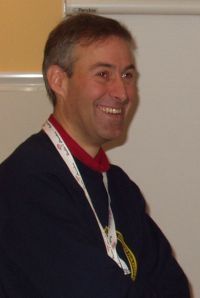